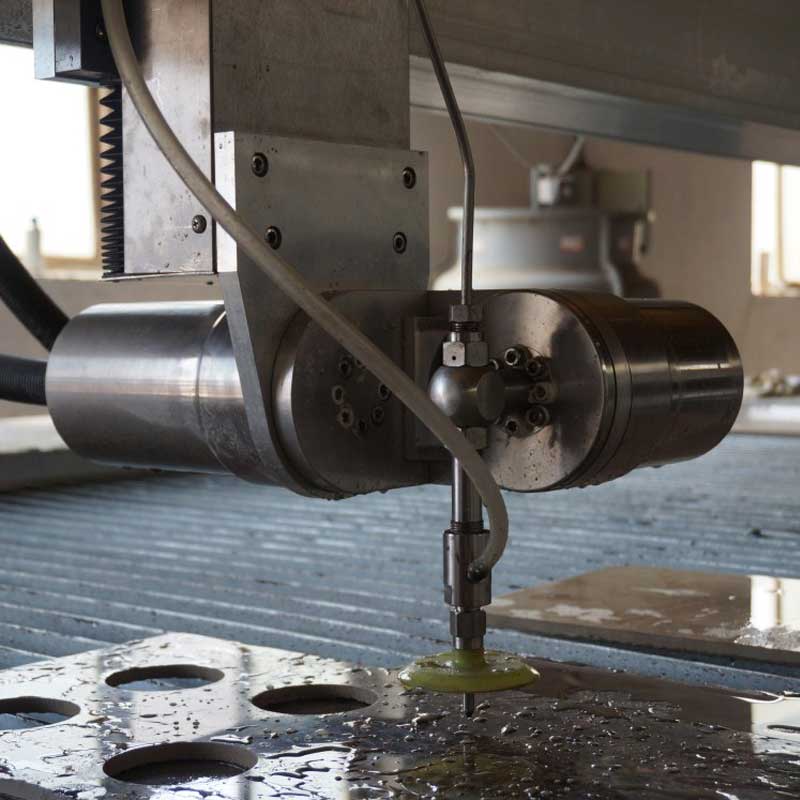 Generally, the axis head of the five axis waterjet cutting machine is divided into AB axis and AC axis. The AB axis we commonly use is supported by a five-axis CNC system, which coordinates the two rotation axes of X, Y, Z and A, B at the same time. , Is that the waterjet cutting blade can swing in any direction. When cutting, the computer calculates in real time according to the material density and thickness of the workpiece being cut, and controls the cutting blade to run along the cutting trajectory to achieve three-dimensional and three-dimensional cutting of the complex shape of the workpiece, such as bevel cutting, chamfering and cutting high-precision conical surfaces , Arc surface and other complex space surfaces. Make waterjet achieve higher performance and bring better benefits to users. 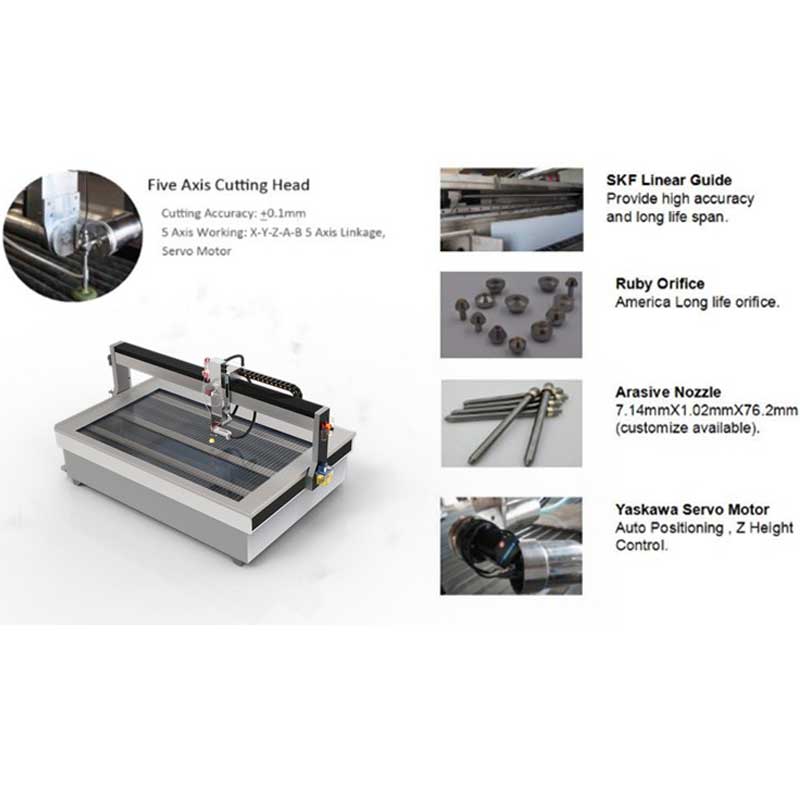 The five axis waterjet cutting machine is equipped with a self-developed intelligent control system and a high-precision universal swing head. It takes the injection point of the jet on the bottom surface of the workpiece as the control target to plan and optimize the machining path, which greatly improves the cutting of the waterjet Efficiency, and effectively compensate for the shape error inherent in waterjet cutting.    The working principle of the five axis waterjet is to add two rotation axes to the original three-axis platform, that is, the rotation axis (C axis) and yaw axis (B axis). The cutting blade can swing in any direction, and Using the slope model pattern set in the numerical control system in advance, and real-time calculation of the cutting trajectory, and then correcting according to the material and thickness of the workpiece being cut, the cutting head is constantly oscillated during the cutting process, and the entire intelligent system control With human-computer interaction technology, it is fully equipped with the ability of 3D continuous interpolation, which can truly realize 3D dynamic cutting. It has a wide range of use, and the cut workpiece can reach a perfect state without slope.Not only can it be used to correct the cutting slope, but also can be used for the processing of workpieces with a certain cut surface (such as processing the weld bevel).And has the function of processing cones, bevel gears and uniformly rotating curved surfaces, expanding the application field of water cutting machines. 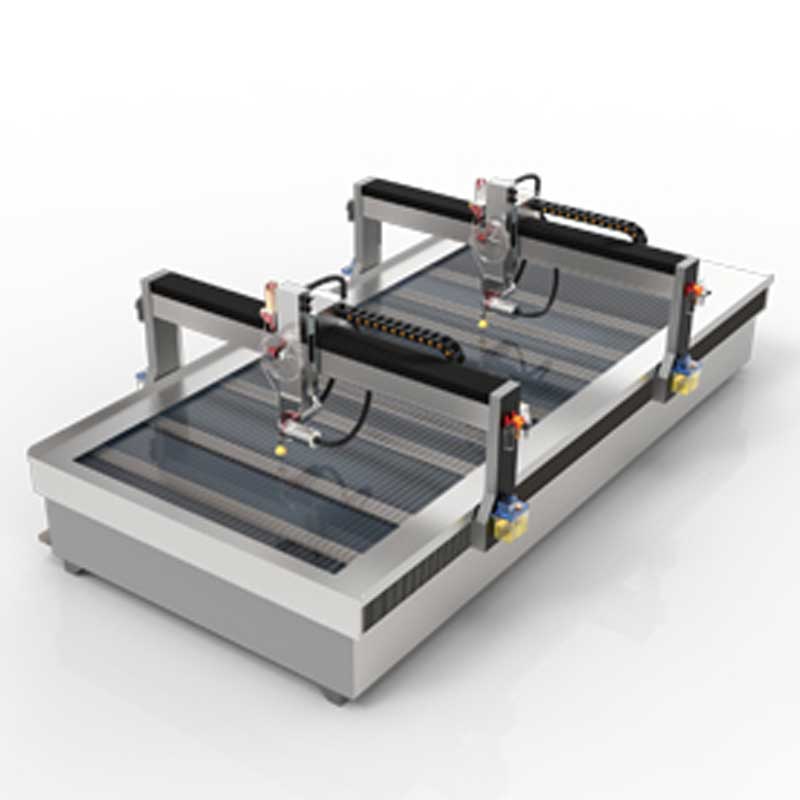 Compared with the traditional three axis waterjet, the cutting efficiency is higher and the speed is faster. When the workpieces are stacked and cut, the cutting tolerance can be kept equal between each layer. And the cutting effect is good and free from sanding. 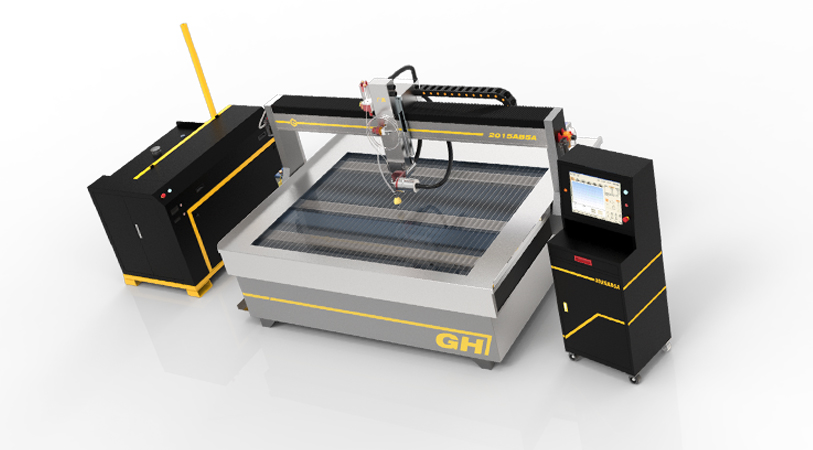 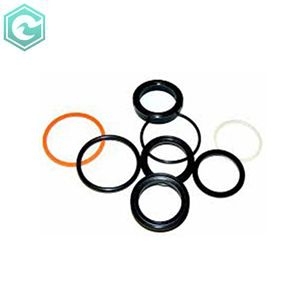 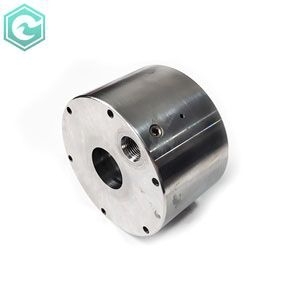 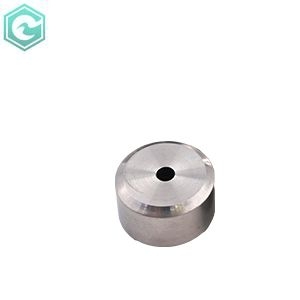 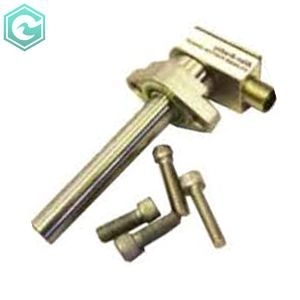 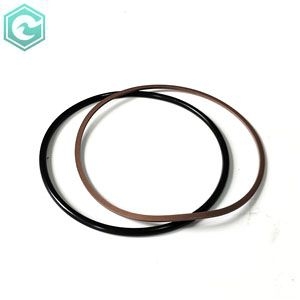 Win-Win Waterjet Co., Ltd, is a company focusing on the new generation of Waterjet Cutting System and Robotic Waterjet Cutting Station. As professional manufacturer in China, we are providing you various solutions for your Robotic Waterjet Cutting Workstation building, also suppling the related spare parts suitable to Common Brands in the world (such as KMT, FLOW, ACCUSTREAM, JET EDGE, BFT). As result of research and development, we have become a massy Group combined with Design, Workshop, Warehouse, Technical Guide and International Sales Service Team.

If any problems, please leave your message and contact information for allowing us to communicate in time：
whatAPP&Telephone：+86 18840677446